A “Journalist” Fought The Law. The Video Won. 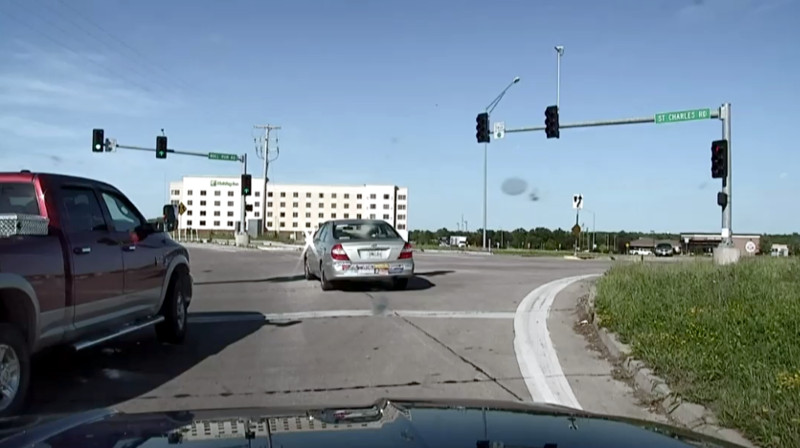 Bill Clark, a “journalist” with the Columbia (MO) Daily Tribune was stopped for failure to signal a turn. After pulling over, he shot out into traffic, cutting off a pickup truck (see photo, right). When he finally stopped, he was ticketed - not for the cut-off; not for the seatbelt he admitted he wasn’t wearing, but for the original offense of failure to signal.

He ran back and reported it as a near-death experience at the hands of in the Boone County Sheriff’s Office. In his rant, he wrote that after the stop, “Danger lurked and official arrogance was to follow.”

The Sheriff of Boone County has written a rebuttal.

And yes, there is video. 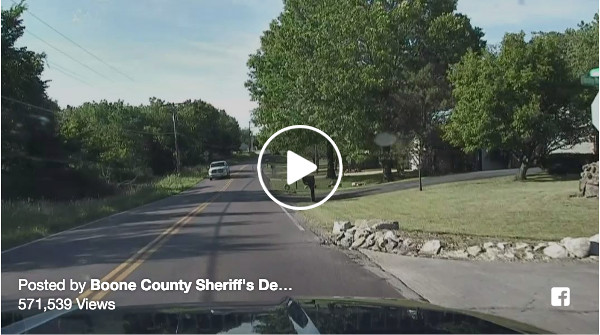 It is worth reading, and if you like, a watch of the video, which the Sheriff warns is mundane. It’s not. It is the memorialization of a good traffic stop.

Actually, it was a textbook traffic stop.

The deputy was absolutely right to stop the driver for failure to signal, she was polite, professional, courteous, consistent.

She identified herself and her agency, informed the driver of the reason for the stop, and tolerated his interrupting her and his rudeness, as well as his attempt to hold court on the side of the road.

Clark said in his column, “I fully understand how a person can lose their respect for law officers. When you are in the shoes of the minority, you learn a lot more about their journey.”

In fact, Clark’s column is a testament to why Americans are losing so much faith in the press.

His column is that of a man angry that he got nailed for a stupid violation, and in trying to justify his behavior, he impugns the integrity of the officers who stopped him and their department; he implies that they abused him; he states that he was physically threatened. 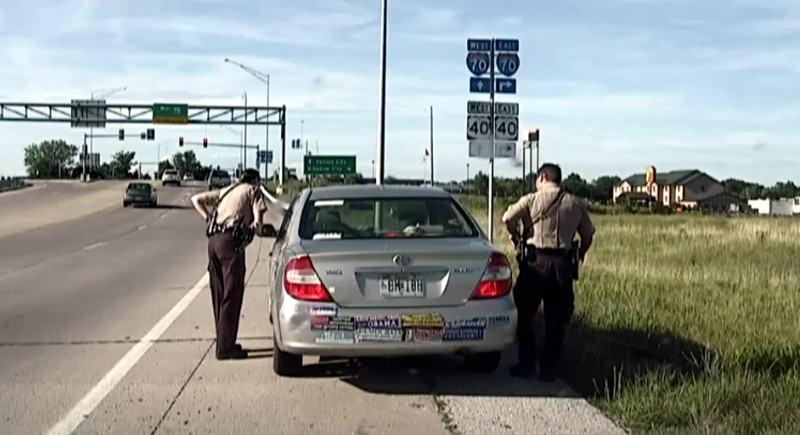 Yet Clark has the unmitigated gall to compare his wholly invented abuse at the hands of authority to the suffering of the persecuted - he even proffers his analysis of why (other than the fact he didn’t signal for a turn) he was singled out:

“I can fully understand how easy it is for police to make random stops. I have a rear bumper full of liberal bumper stickers and a dent. My car is old, with 425,000 miles, which probably makes me an aging hippie with a weed habit. So why not pull me over?”

Clark should be more than ashamed of himself. I can only infer that his column was written both in an attempt to get out of his citation, and to get in trouble the officers who stopped him. The female deputy, in addition to being a police officer, is also a military veteran who had recently returned from a ten-month deployment serving our country – precisely so that Clark might freely festoon his vehicle with “liberal bumper stickers.”

And they work for an agency forward-thinking enough to ensure that officers who take a leave to serve their country, on their return, undergo a period of transition training, to ensure they don’t conflate the civilian and military missions. That’s just smart, proactive police administration.

Clark should lose his job for lying about those who protect his community to weasel out of a ticket he deserved to get.

Oh, one more thing, since he opened the door to it in his column: hey, “Ol’ Clark”: not only are you a hack, but your writing?

In an opinion piece yesterday, Managing Editor Charles L. Westmoreland responded to the Sheriff’s rebuttal. It was a well-balanced response that I recommend everyone read. He took responsibility for having run the piece, defended his writer as someone who has served his community for decades, but rebuked the column itself.

“I can’t unpublish Clark’s column, but I will rebuke it,” Westmoreland wrote. “I personally don’t believe Clark was threatened by the deputies in any way, but I wasn’t inside his head and can’t say he didn’t feel threatened. I saw a deputy standing behind the car with his hands on his hips. Clark saw a deputy in his rearview mirror with his right hand next to his firearm. Perspectives differ from one person to the next. The dash cam video (and those of us who watched it) clearly had the better view.

“Clark deserves consideration for his past contributions to the Tribune and our community,” Westmoreland continues. “He will, however, be suspended indefinitely and his historical segments and thrice-weekly commentary will not appear again until we’ve had the opportunity for further review.”

Well done, Mr. Westmoreland. What a balanced response to this incident, and you have done well by the Boone County Sheriff, your newspaper, and even by Mr. Clark.