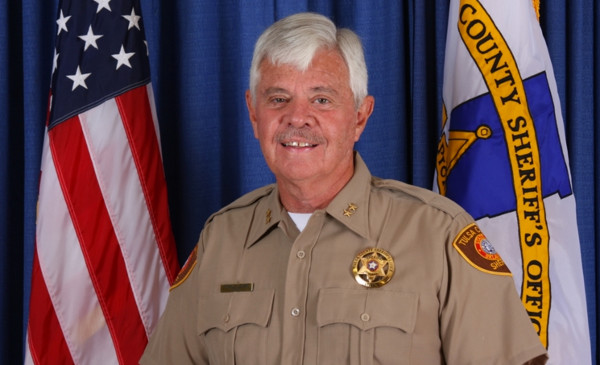 This is a correction to page 186 of our book, In Context: Understanding Police Killings of Unarmed Civilians. On that page, discussing the case of Eric Harris, who was fatally shot by Reserve Deputy Robert Bates, we said the following: "Tulsa County Sheriff Stanley Glanz was indicted as well157, on misdemeanor charges, including one related to falsification of training records of Bates."

That was incorrect. And since I personally wrote the narrative section of this incident, the error was mine. I regret it.

There had been rumors of this being the charge, which we had read, but the source document that I mentioned in the 157 endnote above plainly shows CNN saying, "Sheriff Stanley Glanz resigned on Wednesday after a grand jury indicted him on a pair of misdemeanor charges, one of them accusing him of withholding details related to a volunteer deputy who fatally shot Eric Harris ... The indictment claims that ... Glanz 'denied lawful requests for the release of internal investigations into his office's Reserve Deputy program.' ... The other charge didn't appear to be related to Bates or Harris. Rather, it's a count of "willful violation of the law" for allegedly taking a $600 monthly travel stipend to pay for the use of his personal vehicle for official business."

Clearly my statement that Glanz had been indicted on charges related to falsification of training records of Bates was a mistake on my part. Having now reviewed the actual indictments of the sheriff (you'd have think I'd done that as opposed to simply counting on media reports - again this was my mistake) I see that clearly the Sheriff was charged with one count of Willful Violation of the Law (Misdemeanor), 21 Oklahoma Statute § 343; and one count of Refusal To Perform Official Duty (Misdemeanor), 21 Oklahoma Statute § 345.

We regret the error, and will correct it in all versions as soon as is possible.