What We Mean By “Unarmed.”

The following is an excerpt from In Context: Understanding Police Killings of Unarmed Civilians 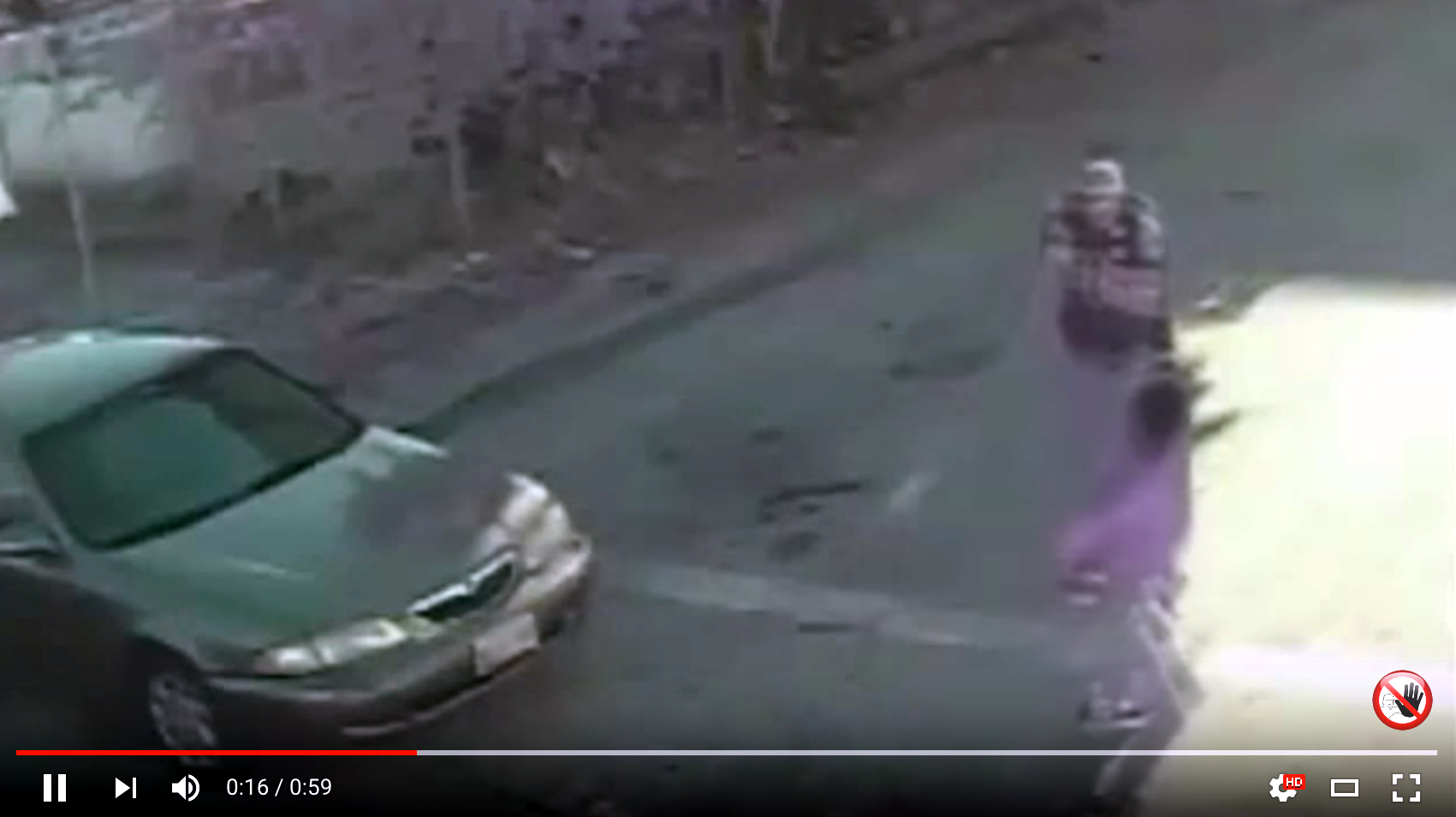 When we told people we were writing a book on killings by police of unarmed people, the first, and most controversial, question we got was how we tell if someone is “unarmed.” So to answer it simply: in this book, we consider a person to be armed if they are holding or displaying in a threatening manner, or moving overtly or covertly to grasp, a gun, knife or deadly weapon.

What constitutes a deadly weapon is highly subjective. “I killed the president of Paraguay ... with a fork,” said the fictional Martin Q. Blank, in the movie Grosse Pointe Blank. The fact is, many things can be a deadly weapon in the hands of someone determined to be deadly, and the law is very clear (and most people would agree) that someone who is yelling at you that they want to kill you, while charging at you with a brick raised above their head should be considered “armed,” for the purpose of whether you would be justified to defend yourself from an attack that poses a significant threat of death or serious physical injury.

But this goes both ways: someone holding an object in a manner that would appear to a reasonable person to be a gun, knife, or any object that may be used as a deadly weapon, or if they are behaving in a manner that a reasonable person would confuse for that of a person drawing, displaying or otherwise brandishing a deadly weapon would also be considered armed. This is controversial, but it’s not decided by the police.

While some civilians and many of those who have not taken police or deadly-force training sometimes have a difficult time understanding how a police officer could mistake an air gun or a replica for a real gun, it is a matter of law and precedent. Law enforcement officers have been exposed to a much wider range of weapons than most civilians, and have seen or read reports of killings by the most unusual people.

Take children, for example: there are frequently killings in America by children with weapons. In February, 2016, a 12-year-old boy fatally stabbed his 15-year-old brother, and in December, 2015, an 11-year-old Tennessee girl was shot dead by her 12-year-old classmate.

These incidents are common. It is not, therefore, an unusual situation when a 12-year-old boy points what looks like a gun at a police officer and is shot deadIn fact, this is so common, and has been so common for so long, that it was a significant plot device in the 1988 movie Die Hard. One of the characters laments that his feels so guilty about shooting a child that he has placed himself on desk duty: “I shot a kid. He was 13 years old. Ohhh, it was dark, I couldn't see him. He had a ray gun, looked real enough. You know, when you're a rookie, they can teach you everything about bein' a cop except how to live with a mistake. Anyway, I just couldn't bring myself to draw my gun on anybody again.” , nor it is reasonable to ask police officers to delay reacting to what looks very much like a deadly threat simply because of the age of the person presenting it. 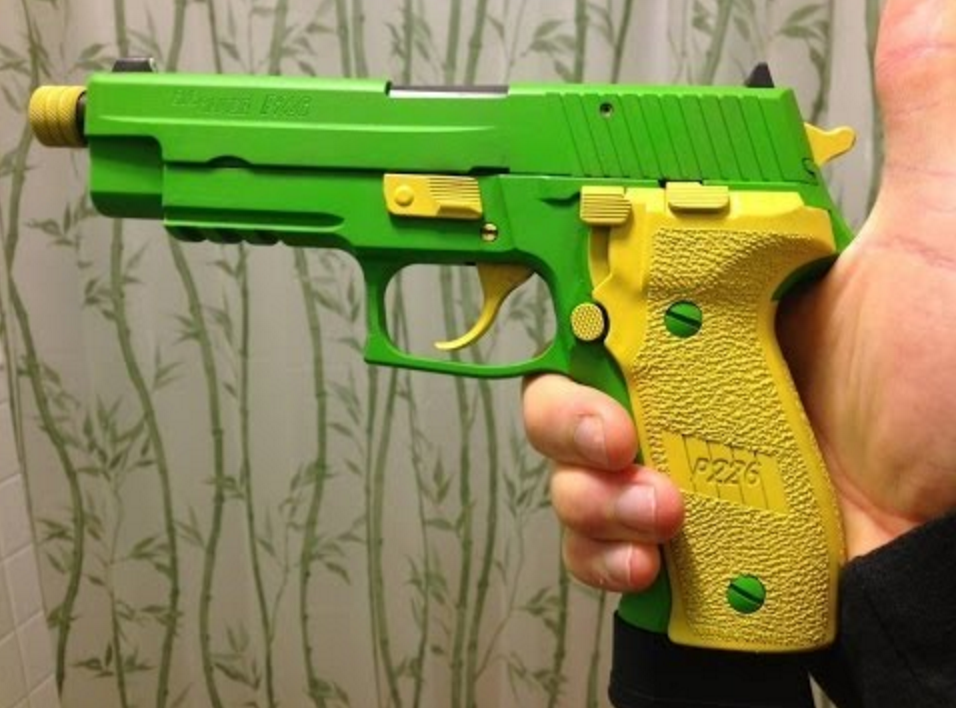 We have seen weapons, which have been confiscated from criminals, that are actual, functioning pistols which have been painted to look like toys. These are routinely displayed so that law enforcement officers may familiarize themselves with them.

Make no mistake, these are actual guns, designed to look like toys - the intent is to momentarily confuse officers. 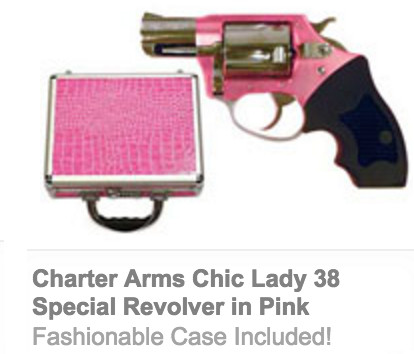 So when a person points at an officer something that looks anything like a gun, the officer is absolutely justified to consider that threat to be real, even if the gun is pink – the website ArmedInHeels.com has a wide selection of pink highlighted firearms, which they market to women.

This also extends to those who face down officers and then make overt movements that are identical or substantially similar to that of a person reaching to draw a weapon from concealment. As an example of this, on September 23, 2015, Keith Harrison McLeod, a 19-year-old Washington, DC man, who had tried passing a fake prescription at a pharmacy confronted officers responding to the call from the business. McLeod led officers on a foot chase across the street, into a dead-end alley, and started screaming and making threats at an officer. A Baltimore County Officer, Officer Earomirski, gun drawn and retreating from McLeod, watched as McLeod reached around to the waistband at the small of his back (a common place in which people carry pistols concealed), and then suddenly whipped his hand around in a manner we can only describe as totally consistent with someone drawing from concealment and pointing a gun. Officer Earomirski fired several times, knocking McLeod to the ground.

In the review process of this book, one of our early readers questioned, “Have you ever seen an unarmed reaching for a waistband shooting on video? The only two I can think of the officer was charged.” And as it happened, we had recently re-viewed the video of the McLeod incident, so we were able to answer in the affirmative.

Often, when officers allege that a suspect moved towards their waistband, the account is second-guessed in the way our reviewer did. This may be because officers have used this explanation for their use of deadly force in a multitude of cases in which witnesses and/or video ultimately showed that it was untrue. Our attitude is that we don’t know: if an officer alleges it, we will tend to believe that account so long as there is no evidence to contradict it. It’s better, of course, if the evidence supports it.

Gunfights typically take place at close range, and are finished in well under three secondsLeonardatos, Blackman and Kopel (2001) “Smart Guns/Foolish Legislators: Finding the Right Public Safety Laws And Avoiding The Wrong Ones,” Connecticut Law Review, 34 Conn. L. Rev. 157. Officers, who typically use retention holsters that take somewhat longer to unlock, are trained to identify overt or covert movements consistent with that of a person drawing and pointing a gun, with an imperative on speed. While some may think that the era of the quick-draw ended in the Wild West, make no mistake: officers’ lives hang in the balance while identifying and responding to those movements rapidly as quickly as possible.

It is precisely because this is true that some despondent people, determined to commit what is colloquially referred to as, “suicide by cop,” will engage in exactly these actions. For the record, we have a hard time thinking of a more cowardly and horrible way to kill oneself: those who engage in this force another human being to live for the rest of her life with the kinds of second-guessing, and “if only” calculations, that arise every time one of these incidents occurs.

For more, please do consider buying a copy of our book! It is available in both paperback and Kindle on Amazon.com, and as a Nook e-book from Barnes & Noble.