In Context will be available on May 1. To receive an email when the book is released, please sign up for the mailing list at the botom of this page. Your email will not be used for any other purpose. 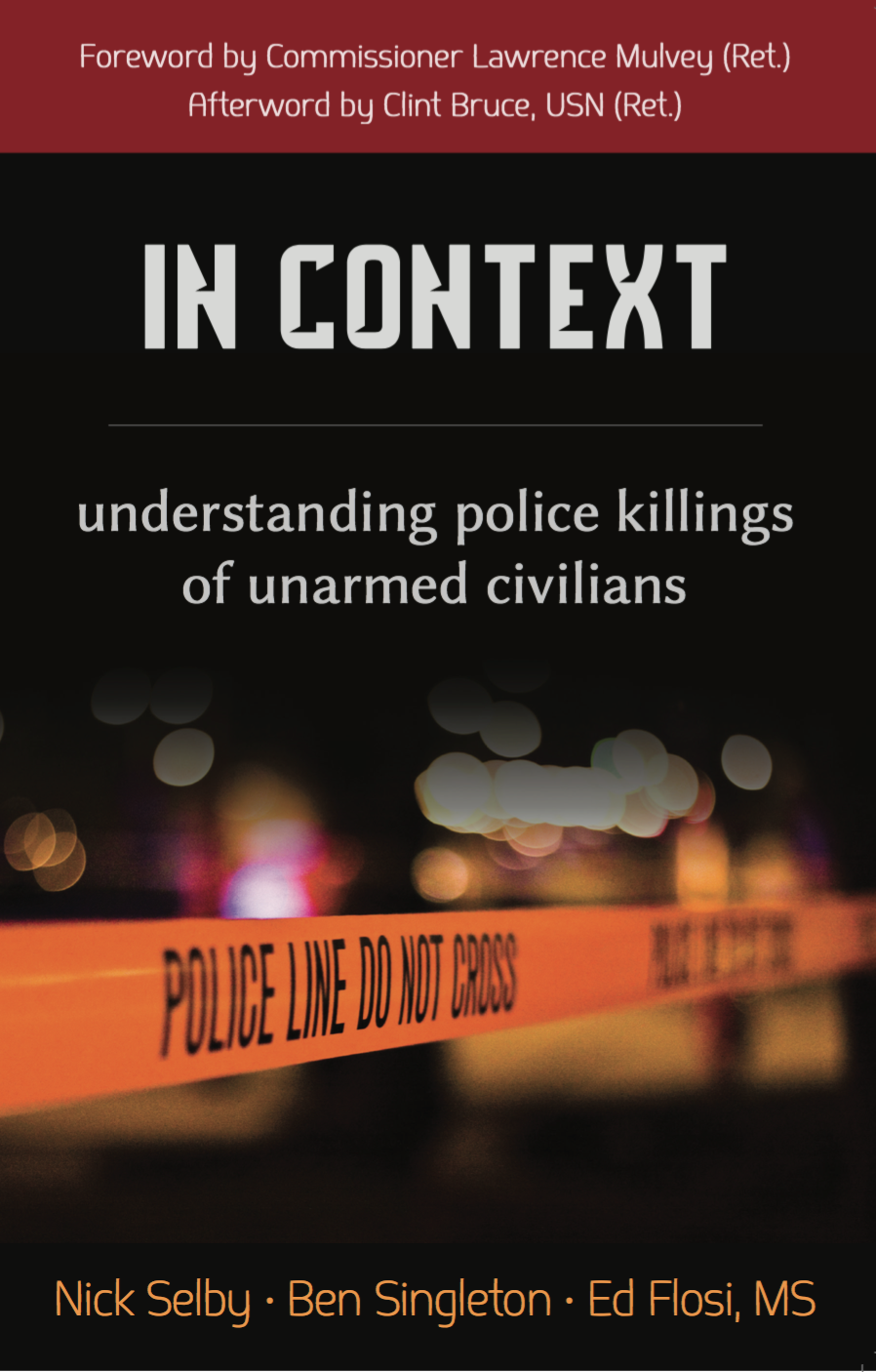 Police received a 911 call at 12:45 a.m. from party attendees reporting an assault (some accounts state domestic assault). Neighbor Nekelia Sharp, said an ambulance was called after Clark and his girlfriend got into an argument. According to a BCA statement, the responding Minneapolis police officers believed the woman was an assault victim and that Clark was a suspect.

From the official chronology by the Hennepin County Prosecutor on March 30, 2016:

"Officers Ringgenberg and Schwarze approached Clark and noticed his hands were in his jacket pockets. They told him to take his hands out of his pockets. He refused. Ringgenberg then took his gun out and held it down alongside his leg with the barrel pointing to the ground. He did not point it at Clark or anyone else. Clark started yelling, "What's the pistol for?" The officers again and repeatedly told Clark to take his hands out of his jacket pockets. Clark continued to refuse to do so. Ringgenberg put his gun back in his holster and grabbed Clark's right wrist while Schwarze grabbed Clark's left hand. Schwarze had his handcuffs out but said he was never able to get them on Clark. In the ensuing struggle, Schwarze dropped his handcuffs."

"Ringgenberg had been trained in his prior work as a police officer in San Diego to take a suspect to the ground when he or she resisted being handcuffed because it was believed to be safer. After Clark resisted being handcuffed, Ringgenberg quickly reached his arm around Clark's chest and neck and took him to the ground. This occurred at 12:49:29 a.m. Ringgenberg landed on his side on top of Clark, who was on his back."

"Ringgenberg said he tried to move away from Clark to get in position to handcuff him. Ringgenberg felt his gun go from his right hip to the small of his back and told Schwarze, "He's got my gun." Ringgenberg said he reached back to the top of his gun and felt Clark's "whole" hand on the gun."

"Ringgenberg believed he was going to die at that point because he had no control over his gun. Ringgenberg felt that Clark didn't care what happened to him and remembered thinking that he didn't want his partner to die with his gun. After Ringgenberg heard the round go off he remembered being able to roll away."

An autopsy found the cause of death was a single gunshot wound to the head. Toxicology showed that Clark was legally intoxicated from alcohol (blood alcohol content of 0.093 g/dL; the legal limit is 0.08) and marijuana (his blood cannibinoids panel was positive). In early February, 2016, police investigators sent their findings to prosecutors. Later that month, the Hennepin County Attorney's office returned the file to the investigators, saying it was incomplete. Also in early February, the ACLU of Minnesota and NAACP Minneapolis announced they would file a lawsuit demanding the release of police video footage of the incident under the state's Data Practices Act. Video, photos, chronology, autopsies, DNA, search warrants, narratives and police and ambulance reports were all released on March 30, 2016

On March 30, 2016, Hennepin County prosecutors announced that no charges will be filed against the two officers involved. The DA cited DNA and other evidence showing Clark was not handcuffed during the altercation, and that he refused to let go of an officer's holstered gun during the late-night struggle.

This was one of the year's most controversial killings for its racial overtones. It led to significant protests, and an 18-day encampment outside the police department's Fourth Precinct, near the site of the shooting. While it is now clear that there will be no charges filed against the officers, from the beginning the media narrative was highly inflammatory: an unarmed black man had been shot by white officers, and reports emerged from the scene (repeated by protesters), that Clark had been handcuffed at the time he was shot. It was made worse by a lack of released video.

After protests intensified, the records of the officers involved were released. The Jamar Clark case is the only case in the StreetCred PKIC data in which an officer involved had a prior complaint of excessive force, and the decedent (Clark) had prior convictions for violent crimes.

But it is very important to recognize that, even before the District Attorney's statements, there was enough in the public domain to raise significant doubts to the protesters' narrative. The 911 caller described Clark – officers did not profile him or target him because of his race, they responded to a community request for help.

There is no question that he was in the process of assaulting his girlfriend when the call was made, nor is there any controversy as to whether he continued to attack paramedics and the officers who responded to assist Clark's girlfriend. That alone did not by any means justify deadly force in this case, but it did provide context that puts the lie to the protesters' narrative that officers showed up and killed the unarmed Clark for no reason. The full release of the documents in the case, including photographs, video, timelines, narratives, police reports and other documents make clear that this was a justified use of deadly force. That Clark's DNA was found on the officer's gun, and that the autopsy found no evidence of Clark having been handcuffed, are physical evidence in direct support of the account of the officers. The portrayal of Clark as an innocent cvictim of racist policing is absurd and irresponsible.
&emdash Nick Selby