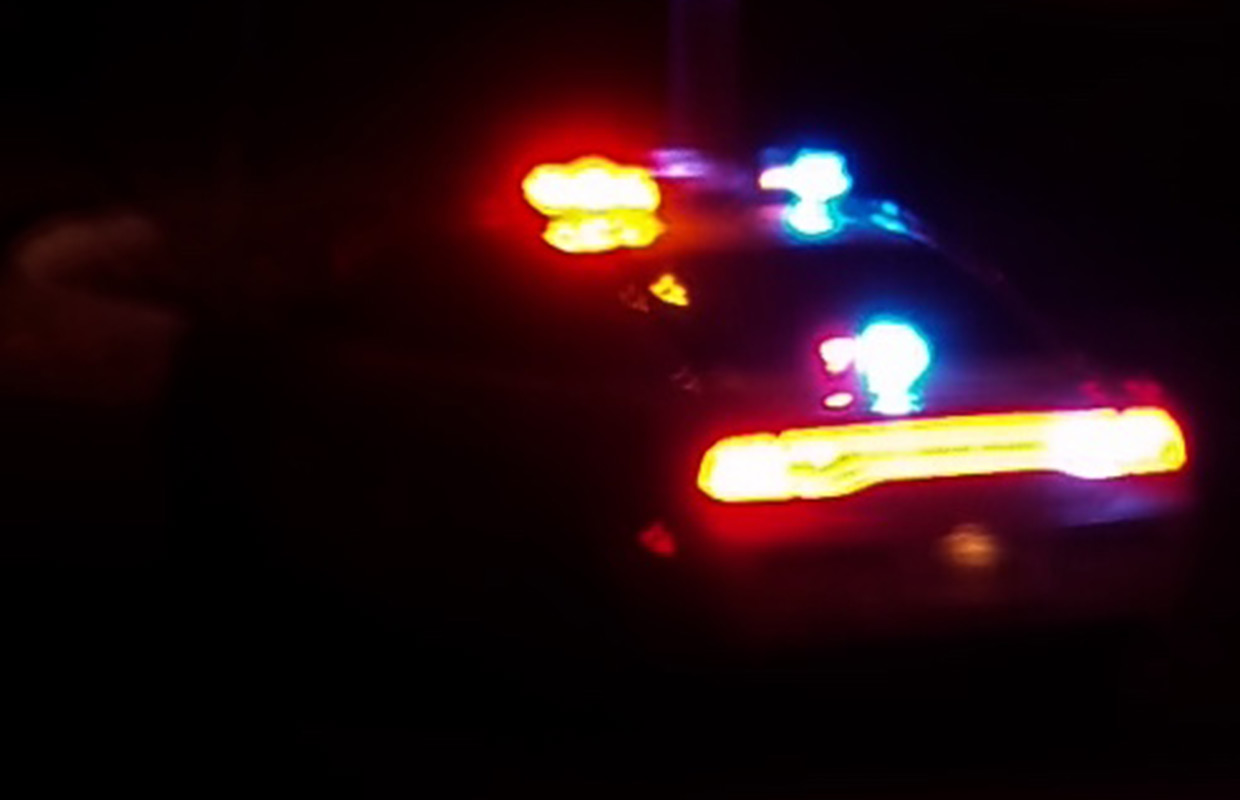 It’s 3:40 a.m. and you’re driving in the right lane, southbound on Broadway. You’re on patrol alone, and that makes sense — you work at one of the more than 93% of police agencies in America that employ fewer than 100 officers. About half employ fewer than 10. So backup is at least a couple of minutes away.

An instructor in the police academy told me I’d do thousands of car stops in my career. He said the only way to not get complacent was to treat every encounter as an opportunity to practice good officer-safety tactics. If I did that, he said, I’d never get caught out. This isn’t some theoretical challenge — many people know that car stops are dangerous.

There have been lots of articles on how there’s no such thing as a “routine” traffic stop. But somehow, it’s hard to explain exactly why they’re not routine. And it’s equally hard to explain to those who don’t have law enforcement experience how, this year alone, 31 unarmed Americans were killed by police in incidents that began on traffic stops.

I’ll Take You There

You see a car heading northbound, in the right lane, and it looks fast. The radar gun mounted on your dashboard reads 58 mph and you’re in a 40.

You and that car are the only ones on the road and you slow down, hang a youey, and accelerate. No lights yet. You’d like to gain some intelligence on the car and see what it does. As you close the gap, it changes lanes, no signal, and maintains speed. You drive up behind it and call dispatch to run the plate.

As you wait for the return, the car is weaving. Not enough to be drunk, maybe, but enough to notice. Maybe they’re texting. You’re thinking about this abstractly, and it isn’t just how many cops get killed each year in traffic stops (39 cops were shot to death in 2015. Four were killed after being struck by a vehicle. As of April, 2016, 16 officers have been killed by gunfire), it’s also how many traffic stops turn deadly for the civilian.

In 2015, a bit more than one in four incidents in which a cop killed an unarmed person began as a traffic stop. Forty-one times that year, the conversation turned to an argument and the argument escalated to a fight and ended as a fatal encounter. Traffic stops are common. Traffic stops that turn violent are much more rare, but incredibly high-impact events.

We do it to inform debate, policy and training by letting people understand the context behind deadly incidents. It humanizes the numbers. It lets civilians understand that, ‘unarmed’ does not mean, ‘not deadly.’

We do it to make more transparent the data about incidents in which unarmed civilians die during contact with the police. Sunlight is the best cure for what ails us. Data lets reasonable people view the facts, to determine for themselves whether police are being fair and reasonable.

Dispatch comes back, and the car is clear of warrants, but insurance unconfirmed. It’s an 11-year old sedan registered to an owner in a small city nearby. Up ahead is a good, safe place where the road widens, so you slow down a bit to widen the distance, then give them the lights and turn on your spot, to silhouette hands and movements inside the car — looks like the back window is darkly tinted.

Immediately they slam on the brakes — that’s OK, you gave them some space, anticipating this. They speed up again. You’re watching the windows to see if anything comes out. You’re trying to maintain awareness of other traffic behind you for when you stop … They zoom right past the nice spot, and pull over at maybe the worst possible place they could — no right shoulder, and now you’ll have to approach from the road. At night.

Did they do this on purpose? Just last year a man intentionally hit a New York State Trooper, killing him while he spoke to a driver at the driver’s-side window.

They stop, and you park. You nose your squad car outward behind them, trying to angle your car enough to afford you some protection from drunk drivers who might get attracted to the lights and slam into your squad car from behind while you’re talking. You tell dispatch where you are, and you prepare to get out of the car. They’re standing on the brakes, and they haven’t put the car in park. Are they planning to run? You reposition the spot a bit, because you can’t see inside with the tint.

Trooper Joseph Ponder was shot to death outside Peducah. A California Highway Patrol in West Covina was shot at and injured. These are on traffic stops in the first two weeks of September.

You check for traffic behind you, and slowly get out of the car. You stand at your vehicle, behind the spotlight, and watch. You still can’t see how many people are inside, but there’s a little bit of movement. They’re probably waiting for you to start “The Walk.” Still not in park, still standing on the brakes. About 45 seconds have elapsed, but you’re doing this right, and playing it safe.

You walk up, maintaining a path that is tactically balanced — to avoid getting hit by a car, but not wanting to present too great a target should there be anyone in the car who wants to shoot. As you approach, flashlight in your weak hand, strong hand on your gun, you see the rear windows are heavily tinted as well. Is there someone in the back seat? More than one? You slow and the front window opens.

“Hey there, good morning,” you say, “Say, can you roll down the back window a bit?”

“Oh, sure,” says the driver, a black female, about 30. “I got a lot of stuff back there.” She rolls the back window down and you shine the light inside to see a mess of boxes and papers. There’s no one but a really sad-looking foofy dog in the front seat.

You say, “Ma’am, I’m Officer Smith. You’re being stopped this morning for speeding. I have you at 58 in a 40. Any reason for your speed this morning?”

“Not really,” she says, pointing her thumb at the dog. “I mean, she started throwing up last night, and it got bloody about an hour ago. I’m heading to the 24-hour emergency vet.”

This one goes well — her vehicle and license check out, her insurance is current, she has no warrants, and there is a 24-hour vet about four miles north. You give her a warning, ask her to slow down and head back to the squad car. You tell dispatch, shut down the lights and get ready to do it again.

The Context of It

For officers around the country each night, the ‘routine’ traffic stop is a lot like that one. A lot of the considerations they take are to defend against things most people haven’t really given much thought to. And on the other side of this transaction, by the time the cop gets to a car window, the driver is put out, a little nervous. They’ve been stopped on their way to someplace, and just they might be mad about it. And the officer is thinking about a lot of dangerous scenarios.

Is the driver high? One-in-five incidents of unarmed drivers in a deadly encounter with a cop on a traffic stop this year involved narcotics. Almost one in four had convictions for violent crimes. If there is a warrant on the car, it’s hard to tell who’s driving or whether the fugitive is there at all. The amount of information you don’t have always exceeds the amount you do.

And sometimes, the friendly woman with the dog might get so mad that you’ve delayed her, she might get out and yell at you. Maybe poke you in the chest.

With the other warning signs you got on the way to stopping her, you might have thought that maybe she was high, maybe she was drunk … Or maybe she’s crazy. In almost one in five cases this year when an officer killed an unarmed person, the decedent was behaving in a manner described by police and/or witnesses as consistent with mental illness.

This year, 65% of unarmed people of any race killed by police had been in the process of violent crime or property destruction. 14% occurred while the decedent was engaging in domestic violence. 10% were engaging in robbery, 20% in burglary (theft of property) or vandalism, and 21% had assaulted another civilian.

The data shows that the idea that cops are running amok, indiscriminately killing innocent people is definitively unfounded. And each case when someone dies is tragic; each case is different; each case presents a missed opportunity to do it better.

I personally believe we stand at the greatest opportunity in my lifetime to effect positive change in the way our communities are policed. I urge you to download this data, and to work with it to join the data-driven conversation. Context is everything.

It’s the same thing on car stops. There’s a lot to think about. It is scary. They don’t cover most of this in cop shows, where traffic stops are either high drama or total boredom. Real traffic stops are much worse: you don’t know what it is, until you’re in it.