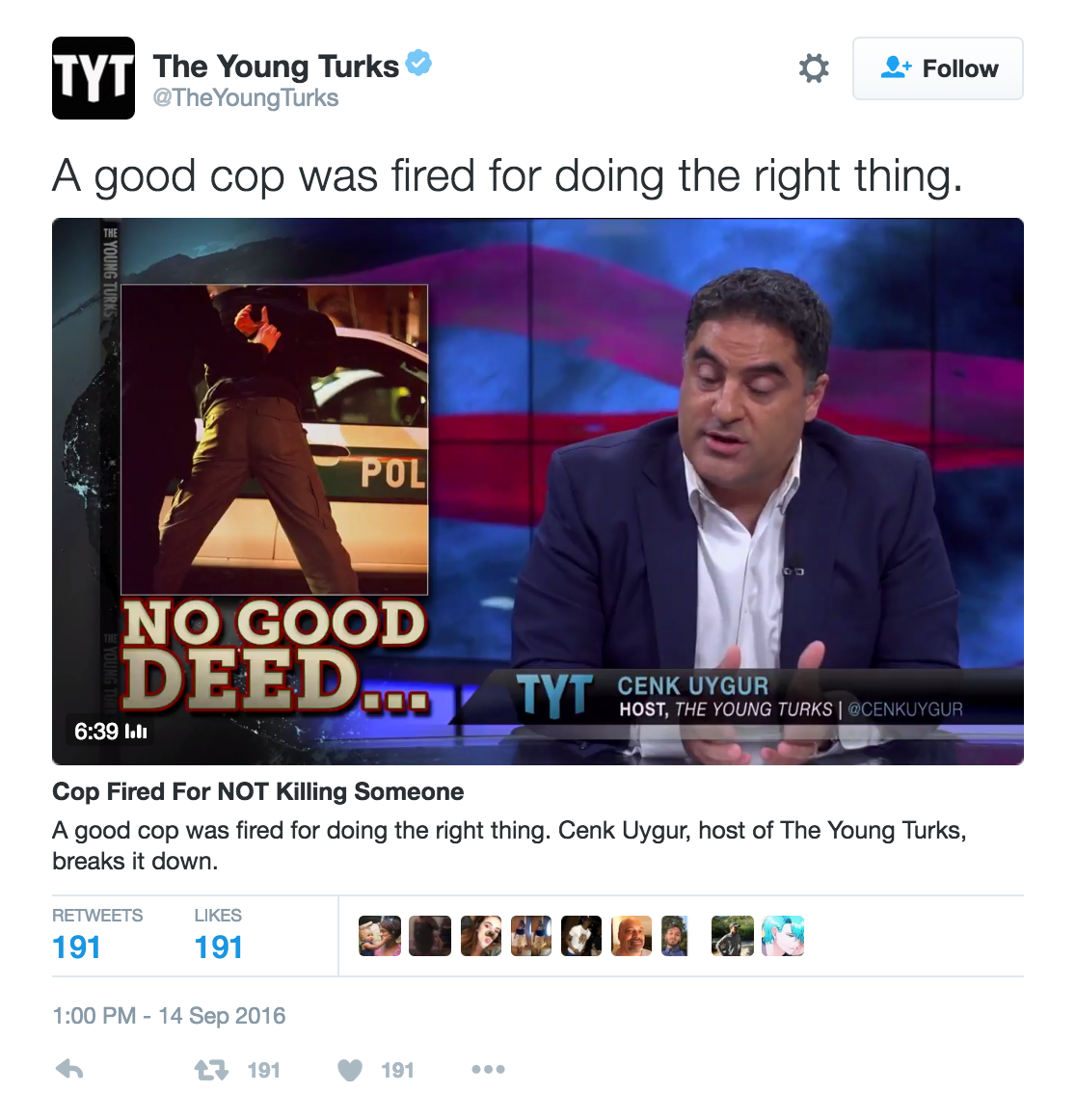 I have a friend who is an NYPD detective, posted to an elite unit. A couple years back, my friend, let’s call him, “Eddie,” was walking down a street in Manhattan’s Chelsea neighborhood when he felt a hard object in the small of his back. Eddie turned, and saw a pole-skinny black kid, about 19, who requested that Eddie hand over his wallet. Eddie didn’t panic.

Eddie didn’t quote Jules (“Hate to shatter your ego, but this is not the first time I’ve had a gun pointed at me.”) but he did slowly turn and face the young man and, as he did so, recognized that the “gun” was not even a BB gun, but rather a piece of wood. At that point, the young man’s powers of observation allowed him to notice the gold shield hanging around Eddie’s neck; his eyes widened, and he skedaddled.

After a brief chase, Eddie captured, cuffed and booked his assailant.

I’m giving you a narrative, and it’s compelling, and it’s even a little funny (more so if you are a cop), but here’s what it isn’t: it isn’t the facts of the case. It’s 140 words of narrative: a story. But after reading it, many of you have already made up your mind about how you feel about this case, and what you would tell your friends or loved ones about it if asked.

Based on this 140 words of, in fact, really irresponsible storytelling on my part, any opinion you have formed is almost entirely a product of your confirmation bias, and a little bit based on your general trust of me as a storyteller. Because I got several details wrong.

They weren’t in Chelsea, they were in Spanish Harlem, and I didn’t tell you his race, but I’m betting you assumed Eddie is white; he’s actually a relatively dark-skinned Middle Eastern male. Oh, and he’s a Muslim. NYPD is incredibly diverse.

The young man was, in fact, black, but what he had actually was an airsoft gun – just one with the red safety tip still embedded in the muzzleWhile I have changed details, this is absolutely based on the true story of an NYPD detective I know..

Or maybe they were in Brooklyn. You get the point.

It seems clear in this relatively cool telling here in the comfort and luxury of my blog, we can recognize for what it is this kind of flawed storytelling. Where we have trouble is when we read the story in the legitimate press. I’ve written and spoken quite a bit about media bias and the need for context.

Cenk Uygur, host of The Young Turks, recently stated that Stephen Mader, the officer involved in a West Virginia case that is garnering a lot of attention this week, is a great cop and a great American. Radley Balko says that “What Mader did is in fact exactly what we want cops to do when someone is in crisis. It’s also precisely what law enforcement officers say they do on a daily basis — put themselves at risk in order to save lives.”

As it turns out, almost every single one of these stories was based on the same article, in the Pittsburgh Post Gazette, which I quote here:

After responding to a report of a domestic incident on May 6 in Weirton, W. Va., then-Weirton police officer Stephen Mader found himself confronting an armed man.

Immediately, the training he had undergone as a Marine to look at “the whole person” in deciding if someone was a terrorist, as well as his situational police academy training, kicked in and he did not shoot.

“I saw then he had a gun, but it was not pointed at me,” Mr. Mader recalled, noting the silver handgun was in the man’s right hand, hanging at his side and pointed at the ground.

The man was Ronald D. “R.J.” Williams Jr., 23, of Pittsburgh, and what happened in the seconds after Mr. Mader’s initial decision is still being investigated by Mr. Williams’ family as well as the West Virginia Civil Liberties Union.

Mr. Mader, who was standing behind Mr. Williams’ car parked on the street, said he then “began to use my calm voice.”

“I told him, ‘Put down the gun,’ and he’s like, ‘Just shoot me.’ And I told him, ‘I’m not going to shoot you brother.’ Then he starts flicking his wrist to get me to react to it.

“I thought I was going to be able to talk to him and deescalate it. I knew it was a suicide-by-cop” situation.

But just then, two other Weirton officers arrived on the scene, Mr. Williams walked toward them waving his gun — later found to be unloaded — between them and Mr. Mader, and one of them shot Mr. Williams’ in the back of the head just behind his right ear, killing him.

I Don’t Know What Happened. Neither Do You.

After the incident, astonishingly, Mader was fired. Weirton Police Chief Rob Alexander told Mader, “You put two other officers in danger,” and on June 7, fired Mader. 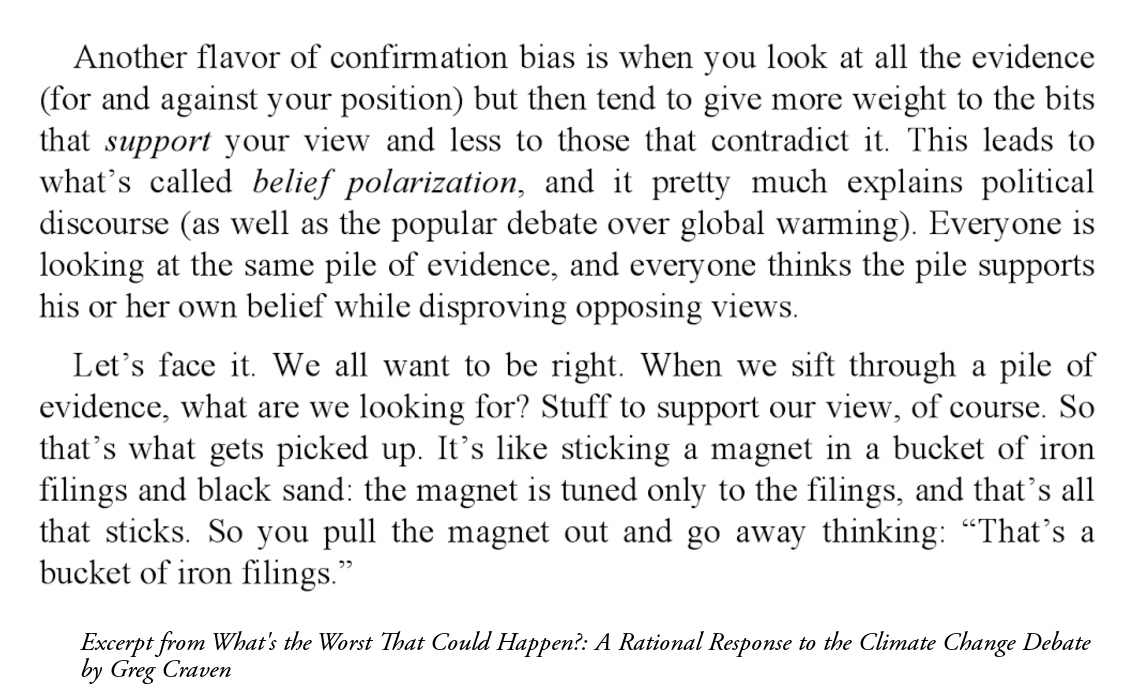 For his part, Mader says that the officers who shot Williams were justified.

This case has been used on the Internet by those who are almost always anti-police as another reason to be upset at police – perennial complainer-about-police Shaun King at the New York Daily News, suddenly and for the first time in almost 1000 columns a member of the police booster club, said, “…Stephen Mader was a find, a gem, a blessing for that little department.”

How on earth would Shaun King know the difference between a good cop, a bad cop, and a “gem”? He can’t of course. Shaun King wouldn't know a good cop if the cop brought home King's stolen car, and also gave him cash to pay for damage caused by the thieves. But King writes regularly about things about which he knows nothing.

Neither King, nor Uygur, nor Balko, have any law enforcement experience. They have zero experience facing a person with a gun. None. True, Balko meticulously researched his excellent book, Rise of the Warrior Cop: The Militarization of America’s Police Forces, and is a truly good reporter doing great work.

But we are now speaking about things that none of these people, nor myself or any of my friends, know anything about: the dynamics of this situation.

I can speak authoritatively that they know nothing, because neither I, nor any cop and use of force expert I know has enough information based on what has been released publicly (and I’ve read it all) about what actually happened other than the story above. We have seen statements that Williams’ hands were moving and that he was jiggling the gun in an effort to provoke a police response - not enough.

Yet these Twitter tacticians claim to be able to say both that Mader is a great cop and that by implication, the other two guys were “bad cops” - even though Mader himself (one of the few people on earth actually in a position to know) said that their actions were justified.

Oh, and they make certain to say that Williams was black, and the police were white. As if race had anything do do with this incident. Again, no one knows. The police didn’t select Williams to confront - Williams’ girlfriend called the police, telling them that Williams had a gun, and was suicidal. According to the Post-Gazette, “When she told him she called 911 and police were coming, she said Mr. Williams told her he was going to get his handgun from his car and make police shoot him.”

No one suggests that Mader’s way may not have been the better way. No one knows whether Mader would ultimately have had to kill Williams. The fact that the gun ultimately proved to be unloaded is as irrelevant as the fact that Mader was genuinely an American hero, serving four years in the United States Marine Corps in combat, and that he married his high school sweetheart - true but totally irrelevant to whether deadly force was justified, or ethical.

And as someone with actual experience, I can tell you flatly that you don’t have enough information to make any determinations about the appropriateness of Mader’s actions. You don’t.

In fact, in the words of Seth Stoughton, who has years of experience as a police officer and as a lawyer:

“I lack sufficient information about the incident to render an informed opinion. I could see the termination being entirely justified. I could also see the termination being complete BS and as cover for the officer who actually shot. Which one of those is correct depends on which set of facts you believe, and I don’t think there’s good reason for anyone to be comfortable with the conclusion that their set of facts is accurate.”

If you have concluded anything different from what he and I have concluded, and what he stated so well, you’re letting your bias show. Because the truth of the matter is that I don’t know what happened there, and neither do you.

There’s a great example a retired cop tells to make the point that any story we hear is a combination of 1) new information we’re learning and 2) other information that our brains “plug in” to fill in gaps:

Imagine an older woman who gets on a bus and walks unsteadily over to the seat reserved for handicapped and elderly patrons. But when she gets there, a young man is already sitting in that seat. He’s listening to headphones, doesn’t meet her eyes, and he doesn’t allow her to sit in the seat.

Now, I want you to tell me how you feel about that scene.

Most people condemn the young man, because their brains have constructed a story around the facts that I’ve given them. I didn’t tell you whether the young man is handicapped, his legs blown off by an IED while he was serving in Iraq. I didn’t tell you that the older woman was on her way to run a marathon. Those facts might radically change our opinion about the story, but here’s the crazy part - we didn’t have contrary facts when I first told you the story!

I’m not changing the facts, I’m adding to the facts. When we imagine the older woman was infirm and the young man was being an ass, we’re adding our own facts – facts that we add because of our cognitive biases. Oh, and by the way – the reason the woman was walking unsteadily? The bus started moving.

How sure are you now?

One good thing: the ACLU and the families are investigating. Maybe, if the department is reasonable, we’ll get some facts about the investigation. One thing cops suck at? Telling people exactly what happened.