An excerpt from In Context: Understanding Police Killings of Unarmed Civilians 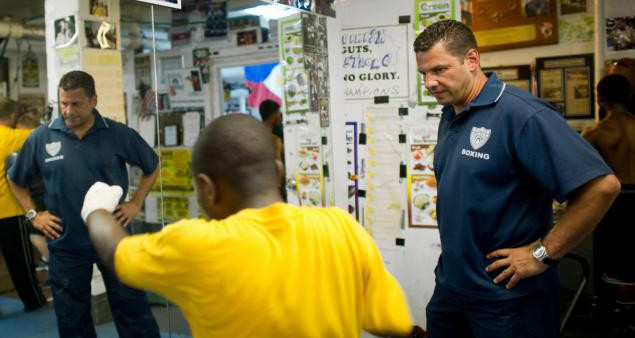 In case after case as we reviewed them for this book, the authors were struck by several incidents in which officers reached for tools, like TASER or pepper spray, in situations that might have easily been addressed by going hands-on. Remember, all the subjects in this book were unarmed at the time of their encounter with the police. As we wrote the book, we had conversations in which we all mentioned concerns that some officers had resorted too often, and too quickly, to tools as opposed to their hands or their voices. And when these tools don’t have the desired effect, those officers go to their firearms. In some cases, one or more of the authors opine that the officer may have had more options had they gone “hands-on” as opposed to relying on their TASER. When the TASER was ineffective, the officer felt it appropriate to escalate to firearms.

We point out that this statement is controversial. Some in law enforcement, including very experienced professionals for whom we have the utmost respect, disagree with this basic premise. Commissioner Mulvey, who wrote the Foreword to this book, is among them. “If the research shows that cops go to their tools too soon, then additional training should address that issue. But going physical or engaging in a physical fight, in my view, will lead to more police injuries and offender injuries, and perhaps more public relations issues which the police do not need.”

This, like many of the statements we make in this book, is intended to start conversations, not to make pronouncements of what is “right”. We want to inform and inspire conversations, especially those about topics that promote debate about how to improve public safety and save lives.

It used to be an expectation of police work that officers would sometimes have to fight. To be clear, there is no expectation that officers need to suffer injury. We don’t mean abusive behavior, but sometimes, people are getting rowdy and they need to be grabbed and secured. Sometimes in securing them, they fight. Officers should be expected not to treat every assault as a life and death situation, and should be trained sufficiently to keep their cool in situations in which someone who is a little drunk or a little unruly may take a swing at you. That training should include methods to physically defend against to punch and to counter it with reasonable force.

Instead, many younger officers are actually being told in the academy that, “you’re not paid to fight,” and to treat attacks as if they are assaults on your very life. We disagree. Officers should be well-trained in basic hands-on techniques including blocking and countering drills. We believe that the tools officers carry on their duty belts are there to augment, not replace, an inherent ability to go hands-on. In fact there are cases in this book in which that choice may well have saved a life.

The personal investment in the violence of action - the very cost of physicality - has been reduced dramatically by these tools. That is not to say that they don’t have their place, but to remind officers that, before TASER, before pepper spray, if feasible and the situation allows, we needed to stay much more adept on the art and science of negotiation and de-escalation, and the practice of verbal persuasion. TASER is an excellent tool, but our reliance on it has diminished some of the prerogative to engage in those inter-personal skills, and may even make us quicker to use force.

This is a tough line, because officers do a job that is dangerous. When people opine that police work is not as dangerous as, say, factory work or coal mining, we would point out that the difference is that the danger in police work is intentional - other human beings working to hurt the officer. Industrial accidents are horrific, but a table saw never followed anyone down the street and attacked. Obviously we are not suggesting that officers should shrink from using tools in self-defense. But we are saying that an over-reliance on TASER or pepper spray has its own set of dangers. Officers who do not practice fighting – using the defensive tactics training offered by their agency or another training school, risk being surprised by physicality, over-powered or out-maneuvered by those they confront, or just plain scared. Boxing, or martial arts like Brazilian Jiu-Jitsu, Krav Maga or other fighting, can be very good training, but ensure your trainer has actual law enforcement experience and isn’t just teaching you stuff that looks awesome on the mat but has no practical application in real life.

In police work, too much fear can have deadly consequences. Officers find themselves panicked when fights end up on the ground (secret: many fights end up on the ground), but those who practice their physical skills are mentally and physically prepared. Recently a video made the rounds in which an officer at a gas station took on a man who was at least a foot taller and at least 75 pounds heavier. But the officer used physical control techniques to control the situation and the suspect - no deadly force was used, and the subject surrendered.

Officers should also train in the appropriate decision making process of using reasonable and appropriate force, whether it be deadly or non-deadly force. The training should include when it is appropriate to use no force as well, supporting the fact that most incidents don’t require any force response at all. The majority of arrest situations only require the amount of force to put on the handcuffs. The question in the officer’s mind shouldn’t be, “Can I shoot?” as if they’re seeking permission, but rather, what is the appropriate force response to effect the arrest, overcome resistance, prevent escape, or to defend yourself or others. In other words, officers should understand their response must be balanced to the actions and behaviors of the subject.

Officers who plan to rely on tools where their hands, feet, fists, wits, and breathing are forgetting Mike Tyson’s wisdom: “Everybody has a plan until they get punched in the mouth.”

This book is available on Kindle at this link