Ignored By The New York Times Public Editor:
A Hit Job On Greensboro 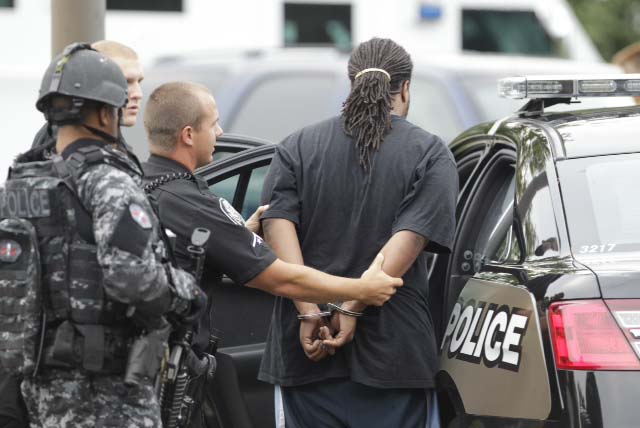 Today’s New York Times article, The Disproportionate Risks of Driving While Black, is either a highly important, 5700-word indictment of a corrupt and racist police department, or it is an irresponsible and scurrilous accusation against an entire department, plastered on the front page of the nation’s most widely circulated newspaper.

The problem is, since the authors don’t share or summarize in any meaningful way the core data on which their report is based, or provide their methodology, we can’t know for sure until an independent analysis is performed. That, at a minimum, is poor journalism.

Fully 1,533 words after the heading, “Analyzing the Stops,” are the 35 words — 0.61% of the article — on which the entire article is based — the only discussion within of the data relevant to the headline charge:

“The Times analyzed tens of thousands of traffic stops made by hundreds of officers since 2010. Although blacks made up 39 percent of Greensboro’s driving-age population, they constituted 54 percent of the drivers pulled over.”

To spend only 35 words on the core evidence behind the front-page headline accusation is to place remarkable faith in the power of those words. In other sections of the article, for example, it spent 263 words discussing racial profiling cases from the 1990s in New Jersey, regulations in Connecticut, Illinois, Maryland, Missouri, Nebraska, North Carolina and Rhode Island. It spent 252 words discussing regulations in Connecticut and Rhode Island. It spent 258 words discussing historical racist policies in Greensboro dating to 1960.

But those 35 words are not proof of anything, and raise serious questions as to the methodology and scope of the Times’ analysis, and the journalists’ understanding of the issues other than race surrounding car stops, including police procedure and demography.

By not listing, showing or graphically visualizing the data, the Times omits utterly crucial context: the location of the stops, the time of day, the residence city and state of the stopped driver. The Times either had to have included these factors in their analysis and determined that the impact was insufficiently compelling as an offset to the accusation, or they are flat wrong.

The reason that this is important is simply this: by comparing the traffic stops only to the population of Greensboro, the Times journalists presume that the only people driving in Greensboro, live in Greensboro. This is absolutely absurd.

The Times’ writers imply they considered this dynamic, but they don’t give a clue as to whether they possessed, or whether or how they considered, this aspect of the data.

Instead, they quote Dr. Jack McDevitt, the lead researcher and director of the Institute on Race and Justice at Northeastern University, who conducted a totally different and unrelated study on data from other states in the northeast.

“While factors like out-of-town drivers can alter the racial composition of a city’s motorists,” the Times quotes Dr. McDevitt as saying, “if the difference is that big, it does give you pause.”

For a person, no matter how learned, to say of data he has not examined that, “it gives one pause,” is truly not a scientific pronouncement, yet the Times quotes Dr. McDevitt here in a manner that a casual reader might incorrectly infer to be a judgment by the Doctor that the previous statement is significant.

It may be. It more likely is not. But because The Times chose to dedicate only 35 of its 5700 words to the data, and the rest on editorial, narrative and historical stories of injustice in Greensboro and throughout the United States, we just don’t know what is true.

________________
Since this article was written, after ignoring it for three months, the Public Editor claimed never to have received it (despite my possession of an email receipt that she did). A month after that claim, she wrote back:

Dear Mr. Selby,
Thank you for bringing this to our attention and following up with us about this matter.

We've been in touch with two editors on the investigative team, as well as the article's reporter. They stand by the accuracy of the reporting, noting that the article did address the issue of out-of-town drivers, and that the race of drivers stopped was only one of a series of measures they analyzed. (All the other measures analyzed what happened after the stop, and in the reporter's view, these are the most significant indicators - and of those, the hit rates for searches are the most important.)

I apologize for the delay in getting back to you; there was a miscommunication on the investigative team's end about responding to us. Please know that your concerns were taken seriously by our office.

Again, thank you for writing.