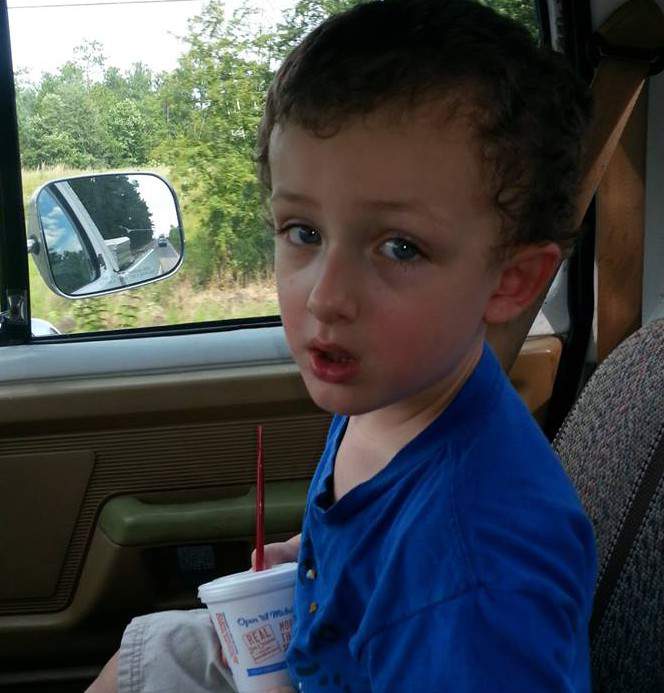 Jeremy David Mardis, an unarmed 6-year-old White male, was killed at around 9:30 p.m. on November 3, 2015, by police who, according to media reports, fired “at least” 18 rounds at the vehicle in which Mardis was traveling. The vehicle was being driven by Mardis’ father, Chris Few, and Mardis was buckled in the front passenger seat. Few was also struck by gunfire and seriously injured. Officials have begun to release video as the officers charged begin their trials.

This case disturbed me greatly. It affected me so much that I suggested, and my co-authors Ben Singleton and Ed Flosi agreed, that we would dedicate our book, In Context: Understanding Police Killings of Unarmed Civilians, to his memory.

I thought it would be good to see how we wrote about this back in April, when our book came out. It’s a good study for us to see how the trial comes out and how it matches what we said about the case.

This has been excerpted from pages 341-346 of In Context.

The incident occurred at the intersection of Martin Luther King Drive and Taensas St. in Marksville, LA, and involved four sworn Marshals from the Marksville City Marshals, Ward 2. According to Col. Mike Edmonson, superintendent of the Louisiana State Police, two of these Marshals were arrested, Lt. Derrick Stafford, and Officer Norris Greenhouse Jr.

Officer Greenhouse is a reserve (volunteer) officer for the Marksville Police Department. It is unclear whether Greenhouse or Stafford were acting in a paid or reserve capacity for the Marshals office.

Louisiana State Police confirm to StreetCred PKIC that the Marksville City Marshals Office (Ward 2) was the agency under whose authority the officers were acting.

Both officers charged in the incident are Black males.

While early media reports suggested that the car in which the decedent was traveling had struck or attempted to strike a police vehicle or police officers, this has been ruled out by later statements by police officials. No police officer was injured.

It is important to note that the authors did not have the complete set of facts and circumstances known to the officer at the time of the incident. It is also important to understand that the authors did not have access to the investigative case files. The authors were limited to only that information that was available mostly through open sources. Therefore any analysis or opinion rendered by the authors on this or any particular case would not necessarily be the same had the authors been given full access to the entire set of circumstances and facts of the incident. The authors reserve the right to revisit any case and modify their opinion should new information come to light.At least two of the officers have previously been accused of violence according to court records and media reports. In addition to being named in that July 2015 suit, Lt. Stafford was indicted in 2011 by a Rapides Parish grand jury on charges of aggravated rape.

One of the officers involved in the incident is a reserve police officer.

Two officers have been indicted.

This case was exactly the sort of case that I hoped to identify and bring understanding to when I established the PKIC database. Because of that, and the tragedy of this case, I chose to dedicate this book to the memory of Jeremy Mardis.

This incident merits more analysis than any other in this book, because, in addition to the apparently wrongful killing by police of a handicapped young boy, the number of problems that existed with this stop, the agency, and other agencies in the city causes this case to rise in my mind to the level of systemic abuse.

The questions raised by this incident – from officer hiring and background checks to suitability of role, policies and procedures, best practices and other fundamental police responsibilities – are the same questions that must be asked nationally. The answers to these questions are indeed predictors of tragedies. Jeremy Mardis was betrayed by a series of incompetent, and perhaps corrupt, decisions and events in and around his hometown that ultimately led to his death.

Initial Questions Raised by These Facts

The most important questions immediately raised are around the engagement itself: it is still unclear why the officers involved chose to contact Mr. Few in the first place. The confusion, along with some issues around the licensing, status and role of the officers and agency(s) involved, should be explored immediately.

Here are issues that need to be answered:

Official statements report the four officers were working “part time” under the authority of the City Marshals office at the time of the engagement leading to Jeremy Mardis’ death. Marksville’s elected Ward 2 Marshal, Floyd Voinche Sr., could not be reached for comment.

It has been reported that Voinche himself is not certified by the Peace Officer Standards and Training Council. While full-time officers are required to undergo basic training and certification, elected leaders of police agencies in Louisiana may be non-certified. The lack of such basic certification is certainly a contextual clue that details relating to law enforcement procedures and policies may be less robust than desirable.

There exists substantial confusion about why exactly the officers were engaging with Few and Mardis, which leads me to believe that the reasons for this confusion may be systemic. Early reports in the media about this incident quoted officials stating that the marshals had sought and approached Few on an arrest warrant.

The service of a misdemeanor arrest warrant with four officers present is unusual, but depends on the context of the relationship between the fugitive and the police department. Typically departments shy away from engaging a misdemeanor fugitive while he is with a minor child. Misdemeanor charges are rarely serious enough to justify such a frightening upheaval in a child’s day as seeing his parent handcuffed and brought to jail. It is more disturbing that, later, police and city officials stated that there were no records of warrants issued in Mr. Few’s name.

Serious questions about procedures and policies at the agency must be asked when some officials believe a warrant is being served and others don’t know of it. Best practices and in many cases state laws dictate that an officer must verify the validity of an arrest warrant with the originating court before attempting to serve the warrant. When a misdemeanor arrest warrant is used to initiate a traffic stop, the officer must be absolutely certain of the warrant’s existence and current validity. This is fundamental.

While three of the four officers involved in the incident were hired officers from Marksville PD, one, Norris Greenhouse, is listed as a reserve officer. A reservist may be able to work for more than one agency. It is not clear, however, in what capacity — paid or volunteer — Greenhouse was working at the time of the shootings. It is crucial to answer this, along with all questions about Greenhouse’s qualifications, training currency, licensure, and affiliation, which speak to the Marshals office’s policies on hiring, screening, training, and operations.

There are, according to the Bureau of Justice Statistics, more than 29,000 reserve or auxiliary local police officers affiliated with police departments nationwide.

The StreetCred PKIC data-set contains two incidents in 2015 in which reserve officers were involved in the killing of an unarmed civilian. Because of these questions about the court and City Marshal agency policies about warrant service, questions about work qualifications and standards at the agency are also important.

It is interesting to note that the only other 2015 case involving a reserve officer also resulted in indictments. The first indictment was against reserve Deputy Robert Bates, on a second-degree manslaughter charge involving culpable negligence. The second indictment was filed against Tulsa Sheriff Stanley Glanz, who led the agency that held Bates’ commission. Glanz was indicted on two misdemeanor charges, one of which was unrelated to Bates’ shooting of Harris. Sheriff Glanz has since resigned, and Bates was convicted.

Col. Mike Edmonson, superintendent of the Louisiana State Police, said that video exists of the incident, and stated in a press conference that the video: “is one of the most disturbing scenes I have seen.” The video has not been released publicly however. It is notable that the initial story in several media accounts that Mr. Few had engaged in a vehicular assault on officers was retracted and has now been disavowed. This speaks to the significance of the content of the officer-worn video.

5. Pursuit & Use Of Force Policies

Since national media referred to a brief pursuit between officers and Mr. Few’s vehicle prior to stopping and the commencement of gunfire, questions arise about the pursuit policy of the Marshals’ office, and even more significantly, its policies about the use of force — especially deadly force. The Advocate has printed a statement that the Marksville Police Department does not have a written use of force policy, which is certainly a departure from best practices, as such policies protect officers, civilians and the city in equal measure.

6. Significant Use Of Force Questions

Coincidentally, the day after the killing of Jeremy Mardis and the shooting of Mr. Few, an entirely unrelated officer-involved shooting took place involving Marksville PD. In this separate incident, 32-year-old Will Ray Lachney took a shotgun from a hunter in the nearby woods. After being confronted by a passing police officer, he fired it in the air and barricaded himself inside his mother’s apartment, about a mile or less from the scene of the Mardis shooting. During the standoff involving Lachney, a Marksville police officer accidentally shot Lachney’s mother in the arm after the mother had attempted to convince him to surrender. These two incidents, combined with the filing of a federal lawsuit accusing The City Of Marksville, Chief Elster Smith, Jr., Avoyelles Parish District Attorney Charles A. Riddle, III, Lt. Derrick Stafford; Officer Norris Greenhouse, Officer Joseph Montgomery; Officer Damion Jacobs; Det. Kevin Hill; and Det. Eric Jacobs with excessive force, raise eyebrows about use of force in general in the city and area.

Most disturbing are the accusations against Lt. Derrick Stafford, charged with second-degree murder and attempted murder. Stafford was indicted in 2011 of aggravated rape and held on $300,000 bail.

Investigators must learn about Lt. Stafford’s prior and current entanglements with use of force, and pending and past legal issues, and how these may have affected his qualifications to serve as a police officer.

A gag order has prevented the public release of important information about this case, limiting any substantive analysis of it. But the limited information that is available is incredibly troubling. Given the swift response by the federal government to the events in Ferguson, Missouri, one would expect some quick action on their part in this case, which reeks of corruption.

We have nothing to indicate this shooting would be appropriate in any way. There are so many red flags associated with this case, as described in Nick’s analysis, that even if the marshals were to make a self-defense claim, it would be severely tainted. The fact that the investigation led to the indictment of the marshals makes it seem that a conclusion that the shooting was unjustified has already been reached. This would make any other opinion (with less access to the evidence) unnecessary.